Blues was once  a uniquely American product. Born in the Mississippi Delta from slaves who labored on plantations, it grew into a powerful force as it spread around the country and spawned other popular music forms like rock 'n roll, reggae, soul, and jazz. But Blues is no longer an American phenomenon. It has been exported to nearly every corner of the globe. You'll find it as far north as Iceland and Siberia, as far east as China and Japan, even in The Philippines, Russia, Romania, and South America,

Some of our exported Blues is coming back to us now, as performers around the world set their sights on the "home of the blues." It reminds me of when the NBA started signing up European, Asian and South American players. I welcome the new energy. 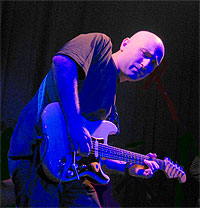 The first foreigner I'll recommend is Arsen Shomakhov. Arsen grew up in a tiny town in the far north of Russia. The town was so small; there was no place for a performer to play. Nonetheless, Arson and his blues-loving pals formed a band and started playing. Twenty years later, Arsen is the toast of Moscow and one of the leading artists in a healthy Moscow blues scene. He plays a mean guitar and has a pleasant voice, which sounds as American as a double whopper. His first American-released CD is Dangerous. It's on the Blue Leaf label. 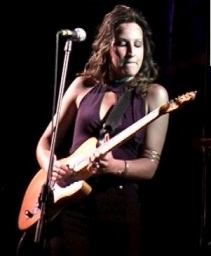 Then there's Ana Popovic of Yugoslavia. Her dad taught her how to play guitar when she was tiny. Ana now travels extensively around the world including Europe and the USA. She has a nice touch on guitar. She got my attention when I heard her tribute to Stevie Ray Vaughan and Ronnie Earl; "Navajo Moon." At least two of her CDs are available on Ruf Records.

A little farther out is the exotic little country of Estonia. It was one of many countries sucked up by Russia when it was the U.S.S.R. Down in the Delta--the Mother River Delta of south Estonia, you find Bullfrog Brown. (Wouldn't you like to live in the Delta, on the Mother River?) Bullfrog Brown was formed a few years ago and has become popular on the Eastern European concert circuit, touring Latvia, Lithuania, Slovakia, and the Czech Republic. The trio has a real rootsy sound with slide guitar, harmonica and bass and their CD, Snakes and Devils, is worth hearing. 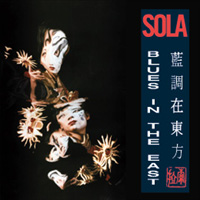 From China comes an unusual blues artist named Liu Sola. She is a composer and vocalist whose work combines elements of traditional Chinese folk music with contemporary American jazz and blues. Trained as a classical composer in Beijing, she visited the USA on a writing fellowship and encountered jazz and blues for the first time. Sola told AsiaSource "The first time I heard blues was in Chicago in 1987, the first time I came to the states. It was a shock. I decided that this is something I have to study. There was nothing about blues in China. It's very soulful music. When I first heard blues, I could feel the soul. The singers know soul... .that really touched me. I feel very emotional about that music. From blues and jazz, I heard Chinese music. I started digging to find what was actually there...this is my life-long research."

Sola's trip was a life-changing experience. She began a passionate study of blues and jazz and began to develop her unique brand of Chinese blues. Her recordings include Blues In The East (1994), Chica Collage (1996), Haunts (1998), and Sola & Friends: Live Performance Recording from 1999 Beijing International Jazz Festival (1999),

All these artists have websites and I could go on for several pages of other notable world performers if space allowed. Suffice to say that Blues is spreading like a beneficent weed everywhere its seeds are found, on CDs, records, radio, television, the internet--whatever. And that's mighty good news for blues fans around the world.